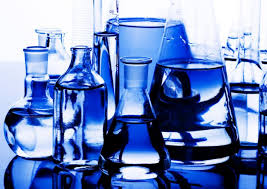 We often get questions from prospective customers who aren’t familiar with the public cloud model on whether Cloud-A is better suited for test/dev environments or production environments. The answer is both. Cloud-A is built on the same enterprise class server and storage hardware that many enterprise organizations run internally, thus making it more than suitable for production environments. The utility billing model allows users to access their systems on the same enterprise class hardware, but only pay for it when they are using it, also making it an ideal and cost effective test/dev environment.

Here is a look at the benefits of using Cloud-A for testing, development and QA environments:

When compared to traditional virtualization platforms that most internal test/dev environments would run on, Cloud-A’s infrastructure deployment is lightning fast. The self serve dashboard and feature-rich APIs give developers the ability to deploy new virtual machines in less than 30 seconds, allowing them to spend more time on development.

Cloud-A’s utility billing model allows organizations to avoid spending their budget on expensive internal infrastructure, or become locked into a contract with a traditional VM hosting provider and instead pay only for the test/dev environment while it is spun up. Cloud-A’s infrastructure is billed by the minute. Turn on your environment when required and turn it off when it isn’t and only incur a nominal storage fee while your infrastructure is turned off. That combined with the power of automation that our API’s provide means that you can automatically turn resources off after use with one line of code, saving you even more.

Cloud-A offers over a dozen Linux and Windows images that are ready for rapid deployment. If your preferred operating system is not available, you can easily upload your own.

Check out this business case that shows over 80% cost savings running your test/dev environment on Cloud-A.